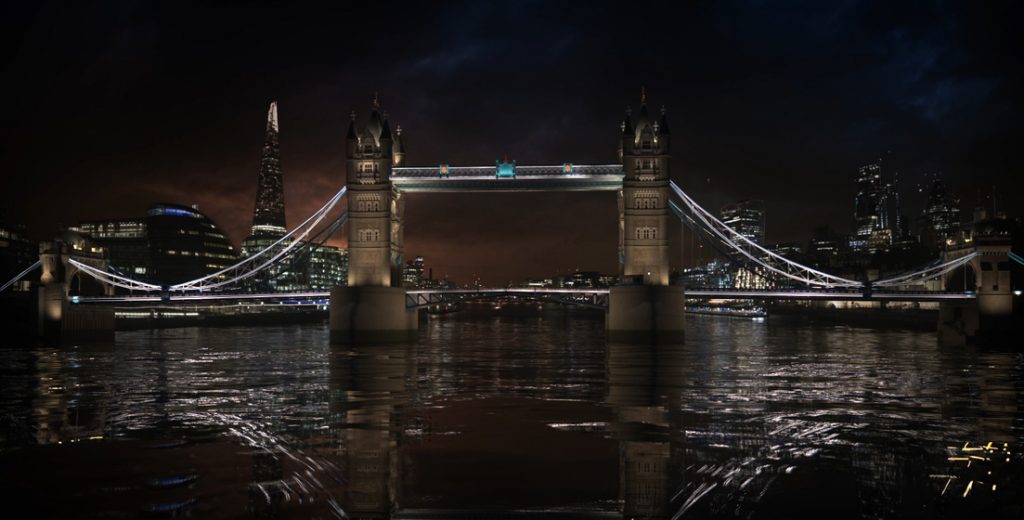 The Illuminated River Project is currently underway in London and will, on completion, incorporate up to 15 bridges from Albert Bridge to Tower Bridge. At 2.5 miles in length, it will be the longest public art commission in the World.

London architects; Lifschutz Davidson Sandilands together with American light artist; Leo Villareal were the winners of a competition to light up London’s bridges using modern kinetic artwork coupled with respect for the local environment, inhabitants, and also the character and history of all the bridges.

The idea was originally conceived by Hannah Rothschild and developed by the Rothschild Foundation in partnership with the Mayor of London.

It is funded mainly through private philanthropic sources including The Rothschild Foundation, Arcadia, The Blavatnik Family Foundation, and the Bridge House Estates of the City of London Corporation.

The first phase started in 2019 and phases each year are planned up to 2022 depending on funding.

I first heard of the scheme at a presentation on the life and history of the Thames at Southwark Cathedral last year. The sheer size and ambition of the project impressed me and I have been watching it develop since. A recent trip on the Thames Clipper to the Museum of London Docklands and back enabled me to see the project on London Bridge and Blackfriars Bridge once the sun had set and it was worth the journey! This time of year, with the nights gathering in, you can get a view quite early and you don’t have to be on the river itself as great views can be obtained from the banks.

Leo Villareal describes his own work as: “responding to the movement, colour and cultural activity in the surrounding area. The artwork uses 7kw electricity instead of the 18kw electricity used in the previous lighting scheme”

Take a look in the coming weeks whether you are on or by the River!