Past Master Duncan Clegg
1942-2022
We regret to announce the recent death of Duncan Clegg, who served as Master of our Company in 2010-11. Duncan rowed for Oxford in the 1965 Boat Race, and again the following year as President, winning on both occasions, and was later elected a Steward of Henley Royal Regatta. A private cremation will be followed by a celebration of his life later in the year. 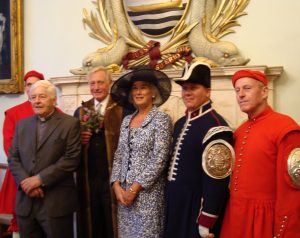 The Late Past Master Clegg pictured at his installation at Watermens Hall,.