In the second of our Q&As with this year’s Doggett’s competitors, first-time entrant Max Carter Miller tells us why he wants to win the Coat and Badge. This year the wager has been postponed for only the second time in its 300 year history, and it will be raced on 16 March 2021. We now have four competitors confirmed, so it should be an exciting race!

Max, why did you first start to row?
My grandad took me down to poplar when I first apprenticed – he’s rowed the wager too, so it’s in my family. Originally I wanted to play cricket, so I actually went back to college, but when I came back I took up rowing again, and now I can’t get enough of it.

This is your first time competing the wager – what made you want to enter?
As I said, my grandad has competed too, so that was a massive factor. And I work for Thames Marine Services, who have four or five previous winners: my Captain is Harry McCarthy, and by bosses are the Dwans (who have all won) and they are really encouraging. In fact they told me not to come back to work unless I win…they are joking I think! My club (Poplar, Blackwall & District Rowing Club) is really supportive too, which helps. But at the end of the day I want to win it for me too – you’ve got to, to do all the training. Once I’ve started something I want to finish it, and for this race, you’ve got to want to smash it.

How are you feeling about the wager in March?
I’m ready for it – my coach, Dan Bartlett, has helped and pushed me to get me where I am today. I’m really excited.

What’s training like now we’re getting into winter?
I like winter training, so I don’t mind. I go out most days around work, and I really enjoy it. We’ve had to adapt training this year – we were all ready to go, and now it’s delayed. I still have time on the water, but I’ve added in cycling to and from work, and obviously the gym sessions.

And finally, some quick fire, fun questions:
What’s your favourite stretch of river?
My home stretch around my club – you can’t beat being knee deep in mud on a Saturday morning.

If you could have one super power what would it be?
Invisibility, so no-one would see me coming?

What’s top of your bucket list?
That’s a hard question, because there is loads I would like to do. I think top is becoming a captain.

James, who came second in last year’s race is interviewed below. 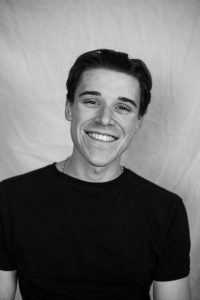 How long have you been rowing, and what made you start?
I’ve been rowing since 2018, and I started because I wanted to compete in the Doggett’s Coat and Badge Wager.

You raced in last year’s wager – how was it?
The conditions were awful, which made it a really tough race. I had to just stay focused, and keep pushing. I wasn’t worried that I wasn’t ahead from the start – I knew I had a strong second half of the race, and there were a couple of points where I really felt I could have overtaken Patrick. In the end I came second – I’m proud of that race, but I will do better this time.

How are you feeling about the 2020 year’s wager?
I’m really excited – I want to win! I’m obviously gutted it has had to be postponed, but it’s great to have a date set for next March.

How tough has it been to train this year?
It has been hard – especially trying to keep motivated when we couldn’t get out on the water. I bought a rowing machine so I could keep training, but I’m really pleased to be back in a boat now, and have coaching allowed again.

How do you balance training with work and everything else?
It’s tough, but my priority right now is rowing. I want to win the Wager for myself, and to create a legacy for my family. And you only get a few chances.

And to finish – a few quick fire, fun questions:
What’s your favourite stretch of the river?
The championship course.

In you could have one superpower, what would it be?
Telekinesis.

What’s top of your bucket list?
I’d like to stay in a glass igloo in Norway and see the northern lights.