The Company of Watermen and Lightermen of the River Thames was founded in 1514, when the earliest Act of Parliament for regulating watermen, wherrymen and bargemen received Royal Assent from King Henry VIII.

Under a further Act of 1555  the Company introduced apprenticeships for those wishing to learn the skills of the Watermen. In 1700 the Lightermen (carriers of goods/cargo) joined  the Watermen’s Company.

In 1780 The Company moved into its own purpose built hall in St Mary at Hill, where we can still be found today. The Company is a working guild and is very actively involved with the life of the River and those who work on it. The Company is governed by a Court of Assistants, led by the Master and four Wardens, who are elected annually by the Court. 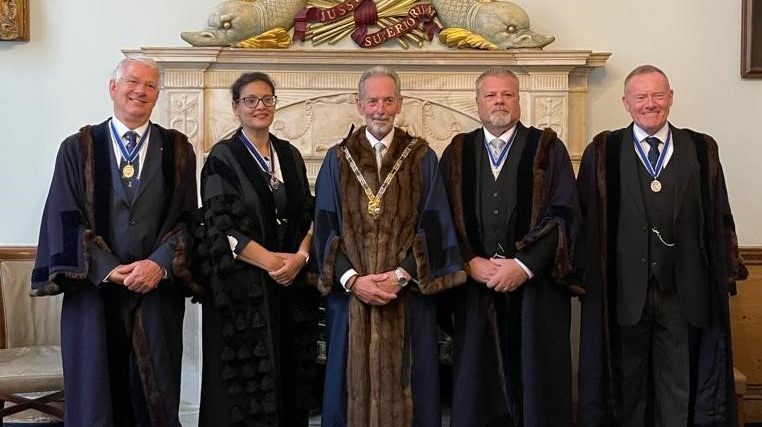 The Master is pictured above, with his Wardens and the Clerk Ms Julie Lithgow

Derek Mann, a working Waterman with more than 50 years’ experience on the River, was installed as the 195th Master of the Watermen’s Company on 14 July 2021. 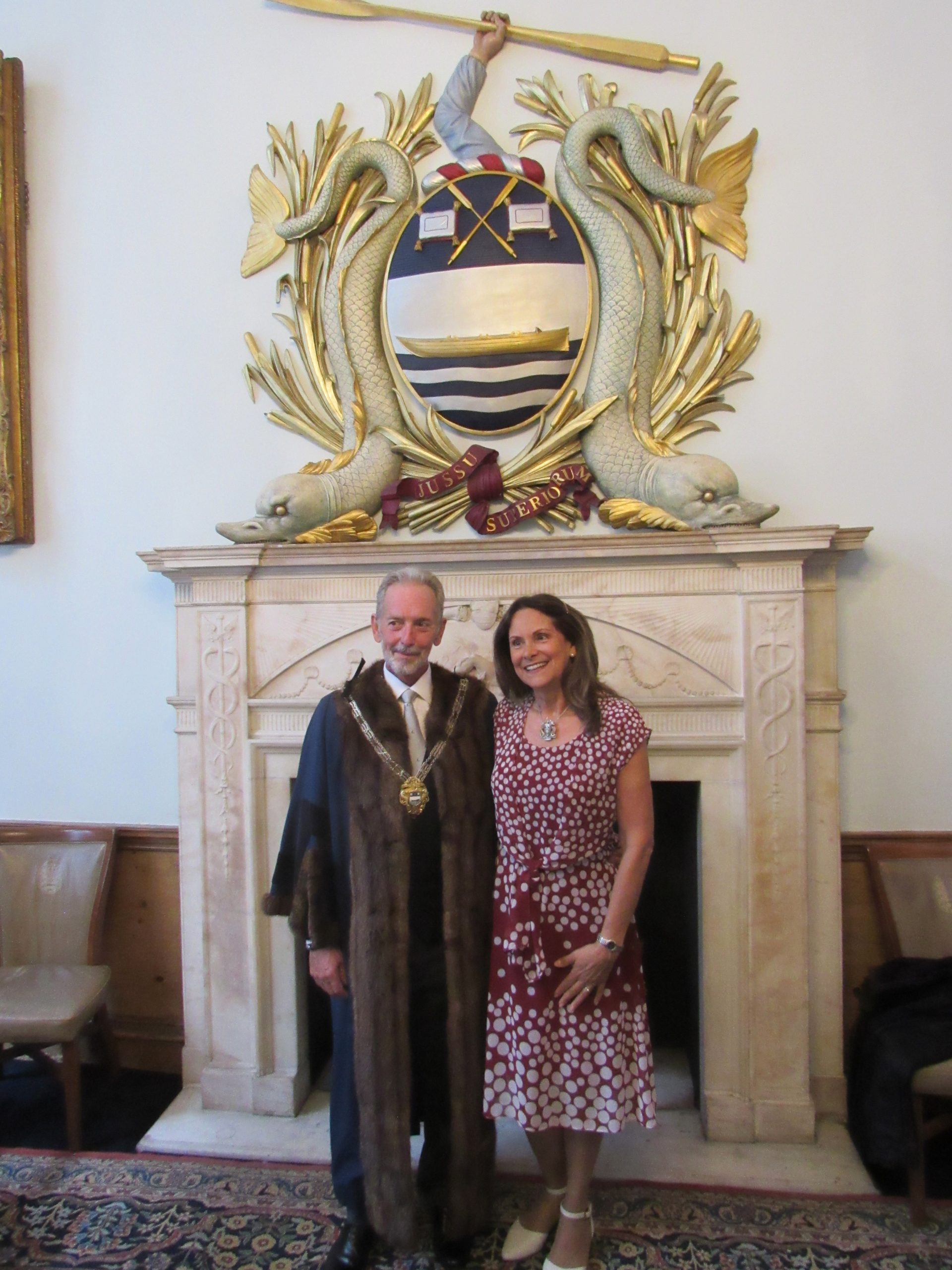 The Master and his good lady Ms Iara Spinelly pictured in the Court Room .

In our ongoing efforts to raise significant funds for the Hall, and especially the cost of the lift replacement, we have been looking at ways to promote the Hall commercially. As some of you may know, we held a ‘test’ afternoon tea earlier this year. With that under our belt (and some lessons learned) we

Saturday 11 June 2022 A ceremonial event for Thames Watermen’s Cutters, and organised by the Thames Traditional Rowing Association, they escorted the Queen’s row barge ‘Gloriana’ from Hampton Court Palace to the Tower of London to deliver a ‘Stela’ to the Governor of the Tower for safekeeping. Our Master, Derek Mann, was aboard the Gloriana